S: Hi Turbo A.C.’s, we did like your show. Tell us, do you like touring in Germany.

S: But you’ve been touring a quite long time, wasn’t it sometimes hard, doing all the shows?

MD: Sometimes it gets a little hard up there, but it’s no big deal, it’s just part of the job.

S: OK, you played small concerts and you did ones with a big audience. Where was you biggest concert?
MD: I’m not sure, Kevin where was our biggest concert?
KC: Our biggest concert was the Bizarre Festival this year. With Papa Roach, and the Papa Roach…
TS: …the P-Roach!!!
KC: …the P-Roach crew was very upset about this, ‚cause we headlined about Papa Roach.
S: And what do you think about the german audience? Are there any differences to america?
MD: No, it’s the same, the spirit is the same, the energy is the same… it’s a universal action club all over the world!
S: Do you think the Turbo A.C.’s are well known here in germany?
MD: I think were doing allright (lacht)…
KC: …were doing alright.
S: OK, what was it like producing an album with Roger Miret, the old hardcore-legend?
MD: It was a lot of fun, Roger was really easy to work with and he had a lot of incredible stories from being at Agnostic Front. It was… it was a lot of fun!
S: Hmm, guys, how much beer do drink before your concert?
MD: I didn’t drink any beer (lacht)!
S: And Kevin?
MD: I don’t know, it seems his legs are hollow and the beer just goes into his legs.
S: OK. What’s next? A new album?
MD: I think we have to do an album… maybe next spring. And hopefully we have a new album out in fall.
S: Last interview you told us that searching a record company sucks. Your last album „Fuel For Live“ came out on Nitro Records, is it ok or does it still suck?
MD: It doesn’t suck still! Nitro has been treading us really well.
S: On your concerts you always play at least one Misfits-cover. What do you think ist still so fascinating about the Misfits?
MD: What’s so fascinating about the Misfits?
KC: The Misfits are…
TS: (lärmen!)
KC: …Slackers in the house. anyway, the Misfits come from the same school of music than we do. Punkrock is… punkrock is rock’n’roll and music, and they have songs, and that’s we’re all about. Some punkrock is just very bad.
S: But what do you think about the new style of the Misfits? Quite of different to the older stuff, more metal.

KC: I’m a fan of the Glenn Danzig-Misfits, but, you know, I… the Misfits are still cool. I think they’re still cool – even though.

KC: Samhain was cool, but not as cool as the Misfits.

S: OK, let’s come to an end. One last question. Your style always reminds me of cars. What is your favourite car?
MD: My favourite vehicle is a chopped Harley-Davidson motorcycle!
S: And the Dogde Charger?
MD: I love… I love Cadillacs.
S: OK, thank you for the interview. 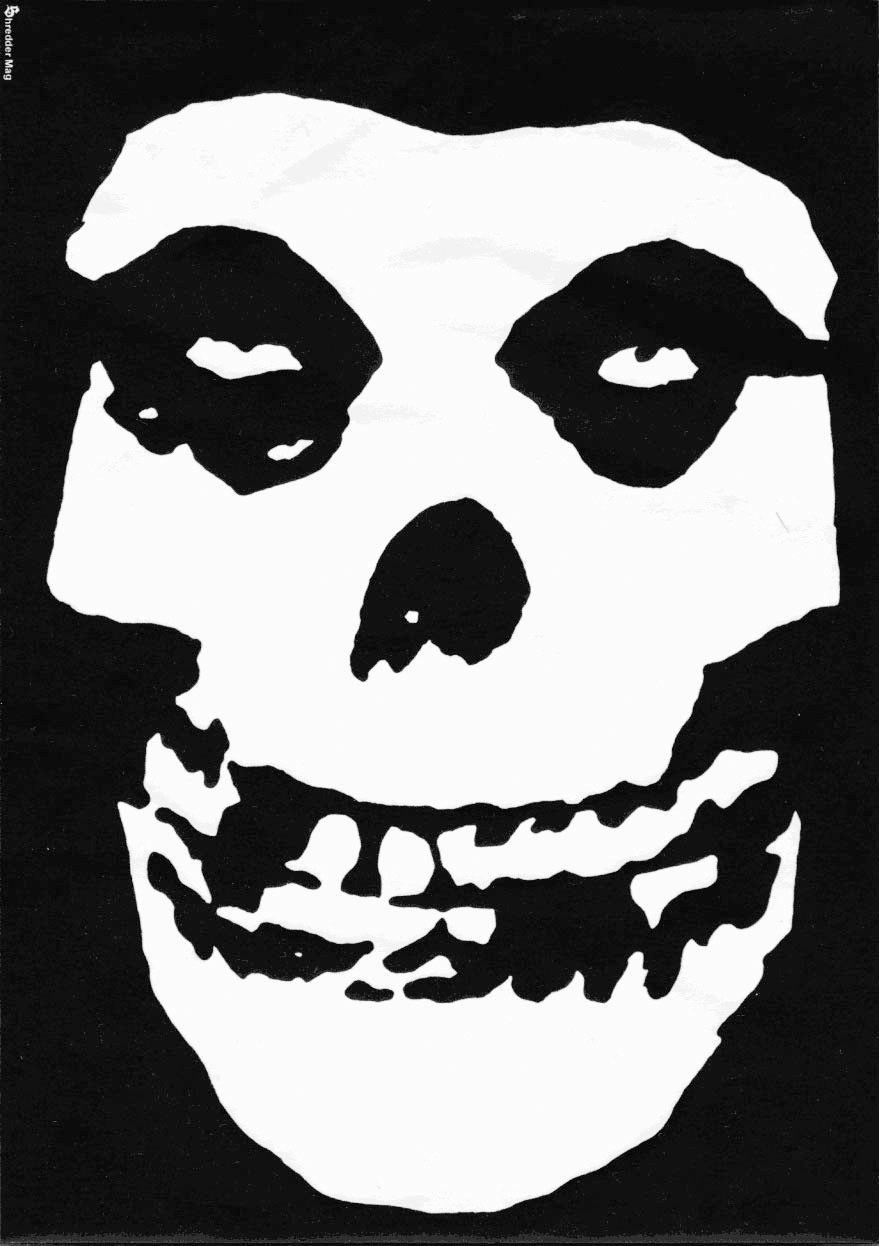 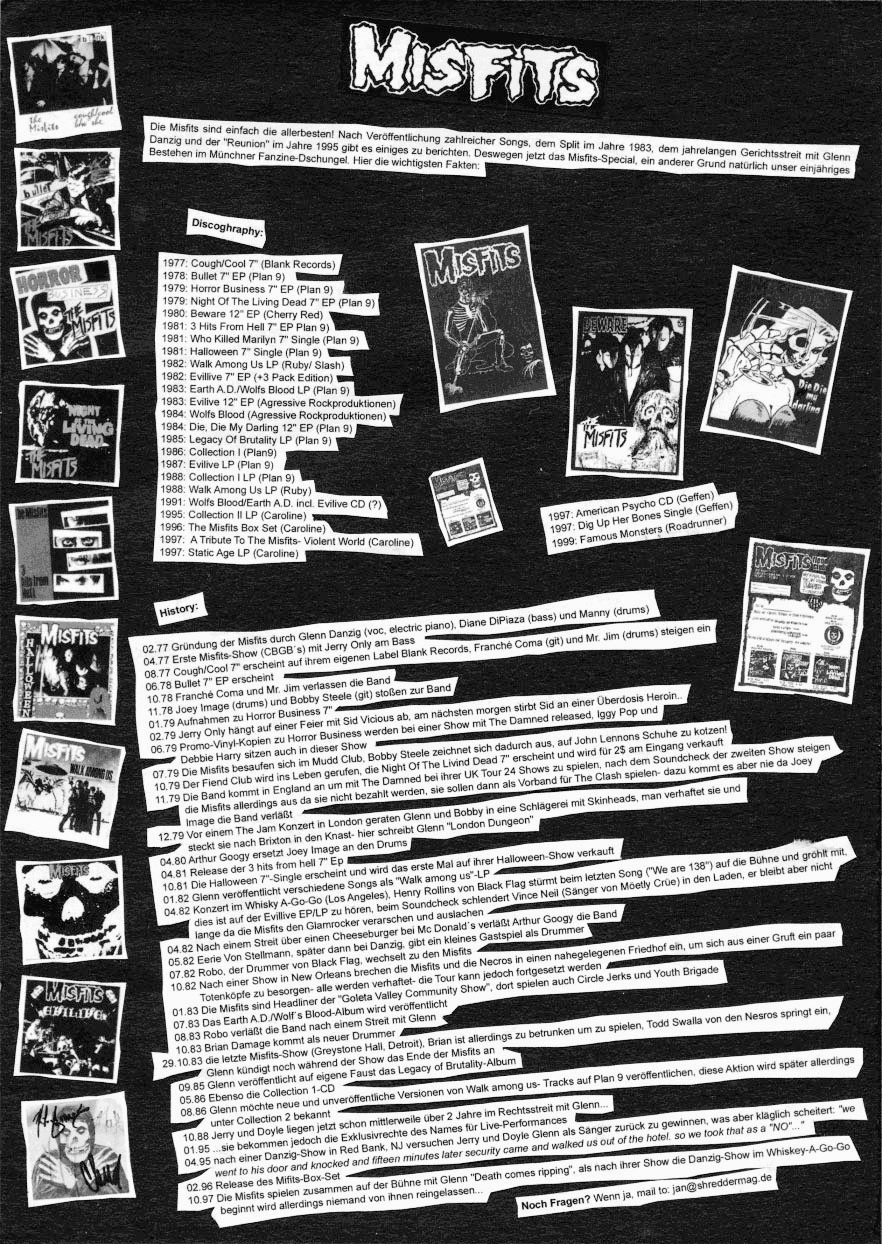 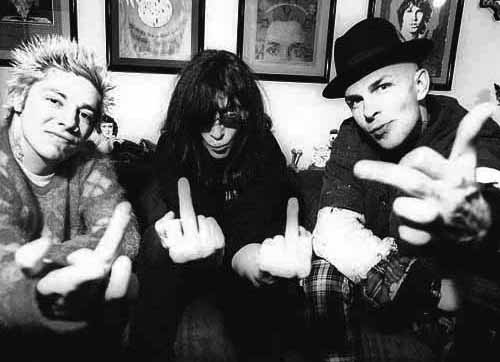